What Do I Do If My Property Is Built Onto My Neighbor's Property in Ohio?

We've had several cases recently involving garages, driveways, and the like that were built past the property line and onto a neighbor's property.   In theory such an "encroachment" can be made legal in an "adverse possession" lawsuit, widely referred to as a "squatter's rights" case.  However, if the neighbors win they can ask for "ejectment," requiring the encroachment to be removed at the loser's expense. There is a complicated five-part legal test that is supposed to be applied to determine who wins in such a case, but my experience is that in reality, a judge or jury usually decides who wins or loses such a case by figuring out which property owner would be hurt more financially by a loss.

This was brought home to me in a case where my clients tried to eject their neighbors' encroaching septic tank. The neighbors' defense was that they had title to the area where the tank was, based on adverse possession. The jury thought both sides had been unreasonable in not compromising so they decided that the tank did not have to go but that the folks whose tank it was would not get title to the ground.  The jury decided to create a neighborly outcome since the two neighbors had not seen fit to do so on their own.

Lesson learned is that it's best to see if a deal can be made when there is a situation like this, before thousands get spent on litigating such a matter.

Fill in the form below and we will be in touch soon. 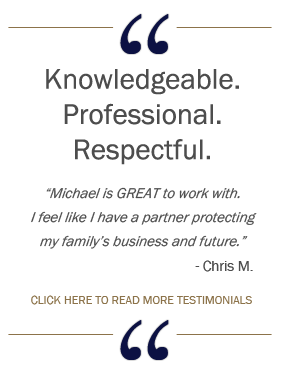